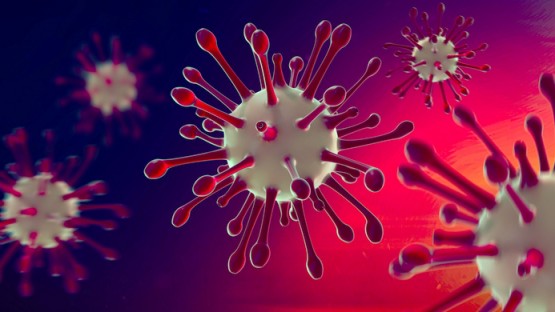 A newly discovered small molecule could be sprayed into people’s noses to prevent COVID-19 illness prior to exposure and provide early treatment if administered soon after infection, according to a study in mice led by Cornell researchers.

The study, published March 28 in the journal Nature, employed experimental mice engineered with human receptors for the SARS-CoV-2 virus on their cell surfaces and found that a molecule, called N-0385, inhibited entry of the virus into cells in the body. At Cornell, N-0385 was shown to protect mice from infection prior to exposure, while also providing effective treatment when administered up to 12 hours after exposure. The molecule was developed in collaboration with investigators at the Université de Sherbrooke in Quebec, Canada.

The treatment holds promise for both preventing disease and reducing severity of and mortality from COVID-19 post-infection with a few single daily doses.

“There are very few, if any, small molecule antivirals that have been discovered that work prophylactically to prevent infection,” said Hector Aguilar-Carreno, associate professor of virology in the Department of Microbiology and Immunology in the College of Veterinary Medicine, and a senior author of the paper, “A TMPRSS2 Inhibitor ACTS as a pan-SARS-CoV-2 prophylactic and therapeutic.” Other senior authors include Francois Jean, associate professor of microbiology and immunology at the University of British Columbia in Vancouver, and Richard Leduc, professor of pharmacology at the Université de Sherbrooke.

“This is the first of its kind,” Aguilar-Carreno said. “One advantage is that it works early in the infection, even after someone has already acquired the virus.”

The broad-spectrum therapy was tested in mice exposed to the first strain detected in the U.S. in Washington state in 2020, as well as the Delta strain, but has not been tested on the Omicron variant, though the researchers are optimistic it will remain effective.

A California-based company, EBVIA Therapeutics, Inc., is currently raising funds for human trials, drug development, formulation and mass production. If money is raised quickly, and if human trials prove successful, the hope is that the treatment could be submitted for FDA emergency-use approval within a minimum of six months. “The N-0385 therapy is simpler and less expensive to mass produce than other types of COVID-19 treatments, such as monoclonal antibodies,” Aguilar-Carreno said.

Coronaviruses carry a spike protein; in order to infect a cell, features of the spike protein must bind with a receptor on the host cell’s surface. In the study, the researchers targeted an enzyme, TMPRSS2, a type-II transmembrane serine protease. TMPRSS2 plays an essential role in the virus life cycle by cleaving the spike protein to expose a peptide that allows the virus to fuse its surface with a cell’s membrane to gain entry.

The researchers started by identifying candidate small molecules, including N-0385, which they believed would inhibit TMPRSS2’s ability to facilitate the virus’ entry into a cell by blocking where the protease attaches to the spike protein.

They then conducted in vitro tests to see if the small molecules would in turn inhibit SARS-CoV-2 entry into different cell types, including human respiratory cells, which are especially vulnerable to the virus. These tests proved successful.

Aguilar-Carreno’s lab members then tested the treatment in mice engineered with human receptors for the virus on their cells, since lab mice aren’t capable of getting infected with COVID-19. The small molecule was intranasally introduced into the mice before, during, and/or after infection.

They tracked the mice’s weight – as weight loss signals infection and is a good indicator of disease– and other clinical and pathological measurements, such as temperature and mortality, and mouse tissue analysis to understand how well the mice responded. The therapy prevented the mice from losing weight, prior to SARS-CoV-2 exposure, and from dying post infection. Even up to 12 hours after infection, the treatment showed very good efficacy, Aguilar-Carreno said.

Human trials will be the next step, once the funds are raised.